What is Candlestick Analysis? 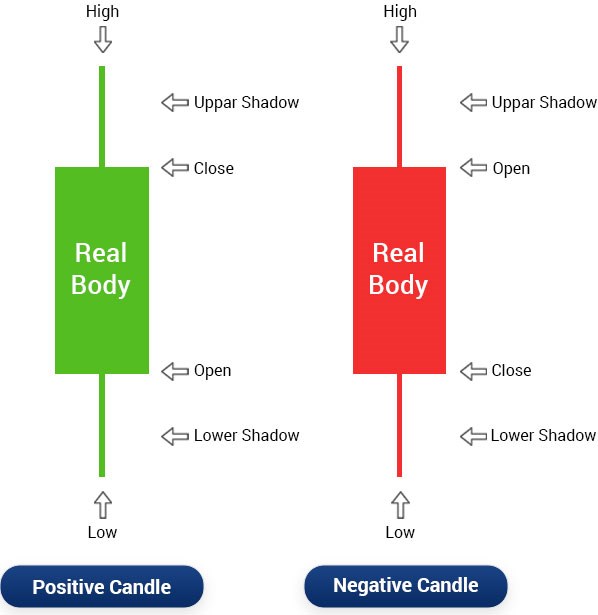 Many traders use the ancient art of candlestick analysis. Candles give investors a quick view of the market actions for a day, week, month or a year. This technique dates back to the seventeenth century, when Japanese traders used this method to trade rice. Today candles are used to set up trades and spot trend reversals, but first you will need to know how to interpret them. In order to create a candlestick chart, you must have a data set that contains open, high, low and close values for each time period you want to display.

The long thin lines above and below the body of the candle are the wicks (also called shadows or tails). The body of the candle represents the range between the opening and the closing prices. The colour of the body defines whether it was an up or a down period. In our charts we use green and red candlesticks. A long green candle represents a bullish pattern, an uptrend. This shows that the closing price was much higher than the opening one and there was a lot of buying pressure. A long red candle is a bearish pattern and it signals a downtrend. This is when the closing price is significantly lower than the opening one and sellers were aggressive. Generally speaking, the longer the body is, the more intense the buying or selling pressure. Conversely, short candlesticks indicate little price movement and represent consolidation.

And watch out for the Doji, this powerful candlestick pattern appears when the opening and closing prices are the same. The length of the upper and lower shadows can vary and the resulting candlestick looks like a cross, inverted cross or plus sign. Alone, doji are neutral patterns. They show that neither bulls nor bears were able to gain control and a turning point could be developing.

The relevance of a doji depends on the preceding trend or preceding candlesticks. After an advance, or long green candlestick, a doji signals that the buying pressure is starting to weaken. After a decline, or long red candlestick, a doji signals that selling pressure is starting to diminish. Doji indicates that the forces of supply and demand are becoming more evenly matched and a change in trend may be near. Doji alone are not enough to mark a reversal and further confirmation may be needed.